Where is your lemonade stall?

The short monsoon is over and sun is out again. The sun’s scorching heat leaves us pining for something cool. At such times, what a relief it to come across young little kids with smiling faces, beckoning us to have some lemonade from their stalls.

Lemonade stalls, such a simple and yet an effective way to instill entrepreneurship skills in kids at a young age. There are so many ways in which we can encourage kids to be more responsible at a young age.

My first video game was from the money I earned by selling ice cream at a fair. It was a great experience and taught me big concepts such as inventory, sales, marketing, discounting in simple hands on way.

In our effort to provide our child with the best and give him all the comforts of life, we forget these important lessons that can help your child form a strong foundation. So go on, encourage them to take up a small project.
While there are plenty of ideas to help kids understand the value of money, to instill a sense of creativity in kids and at the same time help them get awarded for their efforts. Here are a few to get you started. How about a little arts and crafts show? Get some kids together over the weekend, help them create small items such as greeting cards, decorative pieces and then have a small exhibition in the house in the evening.

Posted by Saloni @ Wonderofwords at 9:28 PM No comments:

If its in my life... Its my responsibility!

If its in my life, it’s my responsibility. The secret to success is this simple. A recent passion of mine was to understand what makes a legend a legend. How are these special few able to become such inspirations whilst the majority others live lives which appear ordinary at best, and a chore at worst. I wanted to get inside the heads of these marvels and understand what made the difference?
Finally, I know. A single line philosophy can change everything around and it is this: If it’s in my life, it’s my responsibility. The man thrown on the railway platform could have blamed the officer or cried at his bad luck – but he didn’t. Instead, he took responsibility for what happened to him. The result? An ordinary barrister emerged as the Father of the Nation.
She could have wept and questioned God for creating such inequalities as she beheld the sight of extreme poverty outside her school – but she didn’t. Instead, she took responsibility for what she saw. The result? Years after she has died, Mother Teresa’s Missionaries of Charity feed millions of people each day.
Too often, I have given in to the temptation of blaming others for what was going wrong in my life. Last year my husband had too many financial responsibilities and we were unable to go for holidays or buy things we needed. Somewhere I began to resent him. However, once this sentence: If it’s in my life, it’s my responsibility came into my life, I realized that if I wanted certain luxuries, I should be able to fund for them. Why depend on him? This simple shift enabled me to begin a lucrative project which is also deeply enriching.
Today I realize that Life unfolded even better plans for me, than I had from my own life. The tough times didn’t last, but the invaluable lessons they taught me, did. No experience was unnecessary. Although I didn’t have the wisdom then, I now know, if it’s in my life, it’s my responsibility. I no longer shun my life, or the inherent responsibilities that come along with it. The result? I feel like I am living a dream. 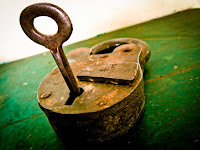 I don’t leave things to chance or to another person, until I have fulfilled my part of the deal. If my health is not fine, I take control. If my relationship with a friend is not as intimate as I want it to be, instead of waiting for her to call, I take responsibility. Expectations from others or Life has, at least to a small extent, turned over to expectations from self. The best part about this is that the moment I stopped expecting another to give me happiness, love or financial security, and decided it’s my responsibility and worked towards it, with a sleight of hand Life turned the cards in my favour. From the smallest of issues like the coffee not being to my liking to the larger ones like dealing with health issues or struggling with marriage, I remind myself: if it’s in my life, it’s my responsibility. I will do my best and only then life will do the rest. Let’s not turn the equation around and spend our lives in an agonized waiting…
Posted by WoW... Wonder of Words at 12:26 PM 2 comments:

Which circle is bigger?

Are you ready for a challenge? Look at the drawing below and guess which of the two circles in the centre is bigger? Is it the one on the left? Or perhaps, the one on right? Be sure of your answer and only then read below. Don’t cheat!

When I was asked this question on some quiz site on the internet, I knew they were trying to get me to click the circle on the left. So I decided to outwit them and clicked on the one on the right! (Super smart me, no?) Imagine my surprise when the answer flashed across the screen: “Sorry, you are wrong. Both the circles are the same size!” Skeptic of the first order, I immediately drew out a ruler and measured the two (If you are like me, try it too!) and was stunned to find that indeed both these circles are just the same! Just because one is surrounded by circles smaller than itself and the other by ones bigger than itself, my perception got skewed into believing that one is small and the other is big. This puzzle really got me thinking…
So often in life I had believed that people outside me, and their opinion about me, is more significant than what I think of myself. All through school I believed I couldn’t dance. I loved dancing, I loved losing my body to the rhythm of the music, and yet, I never had the courage to try out for any of the auditions for the lovely annual dance shows in school. I would watch the graceful dancers perform with longing and imagine myself up on stage, but after all, I couldn’t dance. This belief, I identified, came from an experience in the childhood. My cousins and I were having a dance competition and each one of us would dance and the others would give scores. When my turn came, I did my best, and yet my cousins gave me very low marks. Since that day I believed that I couldn’t dance. And I didn’t dance until five years back. People outside me had unknowingly and unintentionally convinced me something about me. All because, like the seemingly small circle on the right, I believed that what others thought of me was the greater truth and what I desired for myself was just wishful thinking.
I wrote a book on breast cancer and for this I met several women across the country to get accounts of their recovery. Some women were able to overcome cancer even in Stage 4 when all doctors had given up on them. Others, whose cancer had been detected in the early stages, had succumbed. I know of at least five women personally, who overcame the disease almost two decades ago, when the doctor had given them just a few months to live. Today they are ‘living’ inspirations. I often thought to myself, what had worked? Love? Family support? Belief? Life Mission? Divine intervention? Or was it a mix of it all? Perhaps it was different for each. However, today I am able to sum up their victory in one line – one thing that was common for all. Each woman who was able to conquer cancer, had faith that she was much bigger and stronger than a few cells gone wrong. It’s that simple. Like the seemingly large circle on the left they believed, whatever may be the problem, it’s much smaller than them. They can handle it. And they did!
It’s only in the last couple of years that I have begun to realize how important it is to realize that no matter what, I need to draw the circle of my life by keeping myself at the center and realize that all the other opinions, relationships and situations are secondary to me. I earlier thought this would make me into a selfish or self centered person, however, in reality it’s quite the opposite. I have been able to, to some extent, allow my positive self beliefs to triumph over people’s negative beliefs (and my own deep rooted negative ones!) about me. I have been able to say no within the relationship and therefore not had to say no to the relationship. And I have realized that no matter what situation one is in: combating a disease or handling a divorce, grieving over the death of a loved one or trying to overcome financial debts – they will be able to overcome it provided they believe they are bigger than the problems in their lives. For me, this realization has been groundbreaking. For the first time, I have been able to gift myself the most precious present of all: a self esteem which is becoming healthier each day. So, which circle defines you at the moment?
Posted by WoW... Wonder of Words at 6:05 AM 1 comment: